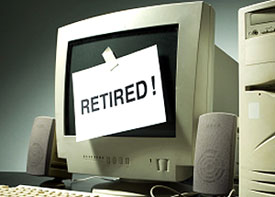 The American Orchid Society, or AOS, is offering a chance to ease your conscience, recycle unwanted electronics, go green and support orchids all at once! They’re having a gadget drive that accepts the following:

This way, you can ease your conscience and know that instead of piling the stuff up in the garage until you decide what to do with it, or allowing them to leak toxic elements into the earth in a landfill, you can turn your unwanted electronics into cash for the American Orchid Society. They make it easy by partnering with an organization called Gazelle that sends you a postpaid shipping box so it doesn't cost you a cent.

The best part is, not only are you helping save the environment in general, but with your funds, The AOS supports basic and applied research in orchids, and monitors and supports conservation efforts, both here in North America as well as throughout the World. The aim of the American Orchid Society, generally stated, is to “extend the knowledge, production, use, perpetuation and appreciation of orchids of any kind and in any manner. These aims include research in all aspects of orchidology; collection and dissemination of information, and the establishment and maintenance of its awards system, the purpose of which is to recognize excellence orchids and the culture and hybridization thereof.”

So gather up your old electronics and then share this info with your friends. Gazelle makes that easy too, with links to spread the word by posting a link on Facebook, tweeting about this drive on Twitter or sending email to your friends.

It’s a win-win-win for Phalaenopsis orchids and the environment!