New Orchid Growth: Is It a Root or a New Flower Spike? 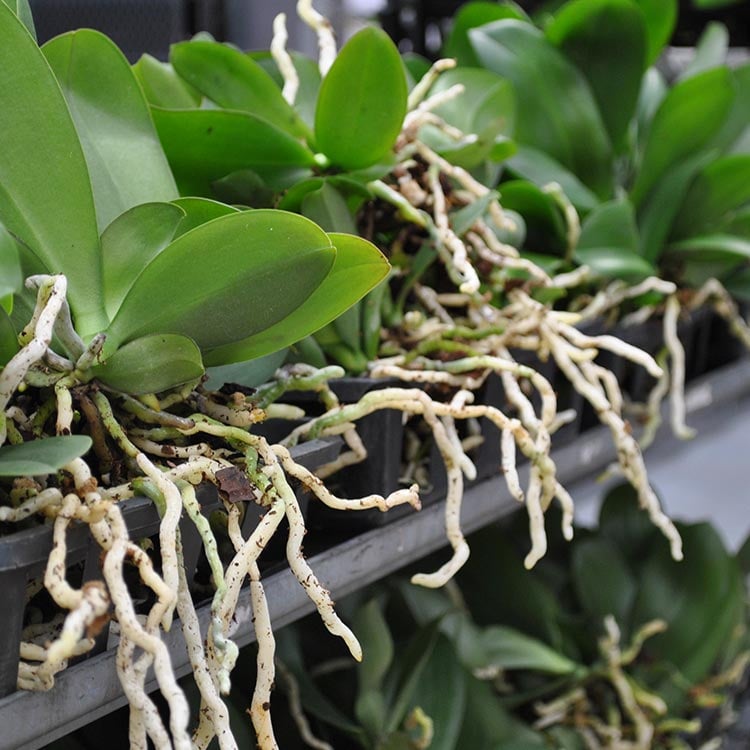 It is exciting when you first spy a tiny bump of green poking out among the leaves at the base of your Phalaenopsis orchid plant. Is it an aerial root or could it be a new flower spike? In Phalaenopsis orchids, both roots and spikes begin as tiny green shoots, and it can be tricky to tell them apart, especially if you’re new to caring for orchids.

Here's how to tell whether your new growth is a root or a flower spike.

As you gain experience with your orchid, the differences between roots and spikes will become more evident. Determining whether a new growth is a root or a flower spike is largely a matter of visual observation and time. 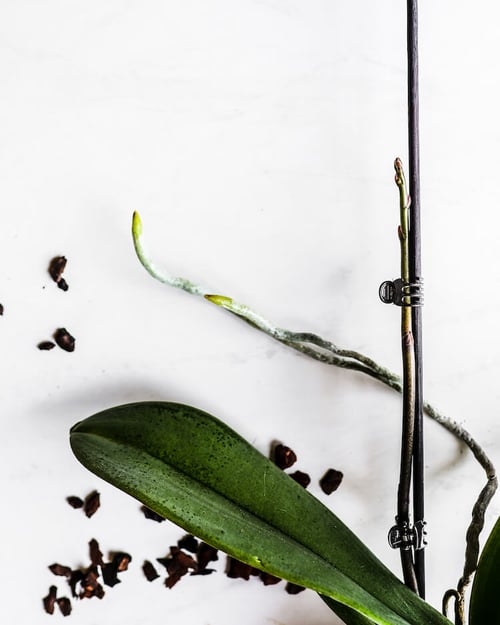 Orchid flower spikes are usually greener than roots and have a flatter, mitten-shaped tip. While growing, spikes remain green along their full length. Orchid spikes usually emerge from between the plant’s leaves, not from the plant’s center.

Wait to stake a new growth until you see that it is in fact a flower spike and is as tall as the stake itself. Quite often, Phalaenopsis orchids will send up new leaves and new roots shortly before producing a new flower stalk, so if you've seen this happen, it may be a spike.

Orchid roots have rounded green tips and they appear under leaves rather than between leaves. Phalaenopsis roots are covered with a spongy epidural tissue called velamen. Just a few cells thick; velamen helps orchid roots absorb water and nitrogen from the air. It also provides the stickiness that allows epiphytic orchids to cling to tree branches in their natural habitat. 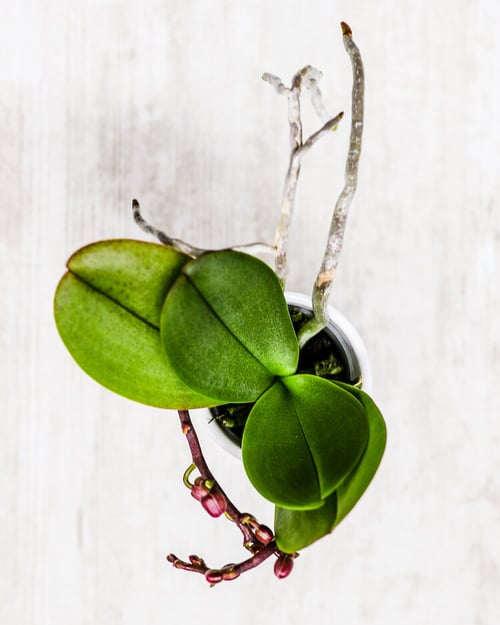 When Phalaenopsis orchid roots are healthy, velamen is silvery-white, round and plump. As water is absorbed, velamen turns green; returning to its natural whitish color several hours after watering. Velamen covers the length of each root except for the tip, which, when healthy, should be glossy green or reddish and pointed.

Aerial roots (air roots) that hang from the orchid’s spike or curl up and over the edges of its pot are common in Phalaenopsis orchids.

If you're still not sure whether you have a new spike or a new root, just wait it out. Each part of the anatomy has a distinct appearance, and while you may not be able to tell at first, you will soon. The joys of being a plant parent!

Take some time to discover more about orchid anatomy and how orchids grow.