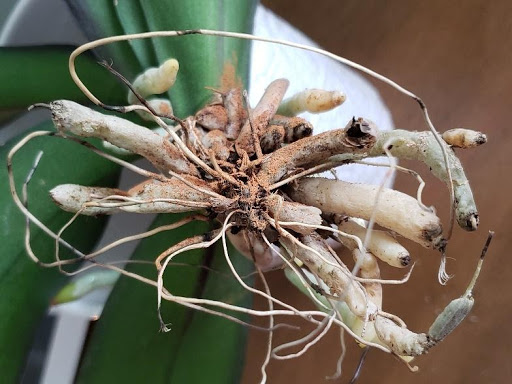 There is no shortage of home remedies for orchid care on the internet, but not all remedies are actual remedies and some may even harm your orchid’s roots. Here are three orchid root care home remedies to skip.

Reality: Tea may be partly composed of nitrogen, but that does not mean that the nitrogen in the tea is available for root uptake when used to water orchids. It is far more effective to use a synthetic or organic orchid fertilizer researched and tested for plant use.

While orchids have an affinity for lower pH levels (acidic), there is no research suggesting that tannic acid directly benefits orchid root growth or health when applied through irrigation. In fact, tannic acid’s main role in plant science has been widely accepted thus far as a chemical produced by plants to protect themselves from natural herbivores (Karowe, 1989). Planting your orchid in a slightly acidic media like pine bark can achieve the same goals that tannic acid provides, lowering root pH.

When it comes down to it, soaking or watering your orchid with tea rather than clear water offers little to no difference in plant health.

Myth: When applied to orchid roots, hydrogen peroxide can inhibit microorganisms and encourage oxygen uptake in the roots — preventing, halting, or even reversing root rot.

Reality: Hydrogen peroxide is able to kill and inhibit microorganisms, but not at the rate that is healthy for your orchid’s roots. Recent research has shown that hydrogen peroxide has the potential to harm more than help orchid root health, causing root decay rather than encouraging root growth (Goossen et. al., 2021 research forthcoming). 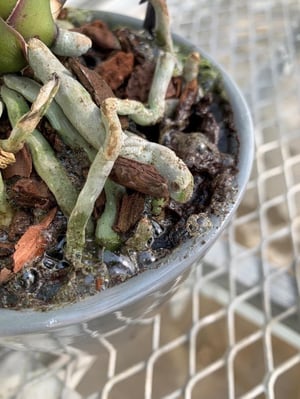 Myth: Cinnamon acts as an antifungal and antibacterial, treating orchid roots for rot and preventing spread.

Reality: While cinnamon does have some antifungal and antibacterial benefits, it can also cause other issues if applied to your orchid’s roots. In fact, cinnamon causes the dehydration of living plant tissue. There are some uses for cinnamon in plant care, just not in orchid roots. Below is a customer-submitted photo of what happened to roots after cinnamon was applied. 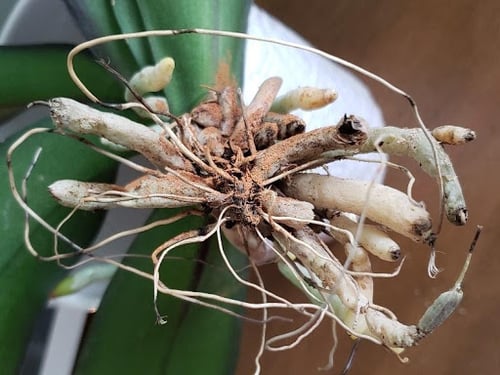 Because cinnamon is capable of dehydrating plant tissue, it can help prevent the onset of disease after physical damage occurs or a cut is made to a plant by drying out the open wound. Plant diseases cannot enter wounds that are already dried up, which is a reason why you see plant tissue die back and form a dry barrier after a physical wound or cut is made (see image below). 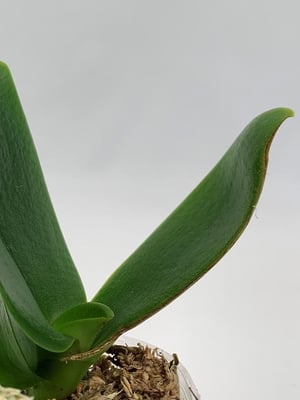 Cinnamon just speeds up the process by dehydrating any plant tissue near the cut where you applied the cinnamon. It’s kind of like cauterizing a wound, but for plants. Be sure you only apply the cinnamon to open cuts on leaves! Applying cinnamon to roots can prevent water uptake and cause root malfunction.

When it comes to orchid growth and care, common household remedies aren’t always the best for your orchid’s roots. Rather than trial by error, stick with care tips that are backed by research. Check out our free root health guide below.