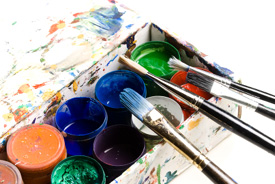 In exotic Bangkok, Thailand the Serindia Gallery is making its mark on the international art scene by bringing global attention Asian artists who specialize in the rare field of botanical illustration. A new exhibit, “Watercolor Painting of Exquisite Orchids and Other Plants of the Himalayas,” displays the artistic genius of Indian illustrator Hemlata Pradhan. In her exquisite watercolor paintings of exotic orchids, Pradhan manages to depict the magnificent beauty of these plants while providing a near-photographic record of their botanical structure and natural habitat. Click here to read an interesting interview with the artist published in the Bangkok Post and view some of Pradhan’s remarkable botanical illustrations.

Once a vitally important adjunct to scientific study, botanical illustration has become increasingly less necessary and less practiced since the invention and development of modern photography. The precision and accuracy of digital technology to capture and record the planet’s flora and fauna has made the field scientifically defunct. Although nearly obsolete as a scientific skill, botanical illustration is enjoying a quiet resurgence as an art form.

Since ancient times, man has created drawings to record the plants around him. Renderings of identifiable plants have been found in Egyptian tombs, on Greek urns and intricate Roman mosaics. In medieval times, the first plant “encyclopedias” were created. Called “herbariums,” these collections of plant drawings primarily focused on plants used for medicinal purposes. These drawings were rarely drawn from nature. Artists copied the earlier works of others to create new drawings, losing detail and accuracy with each successive rendering.