With Phalaenopsis Orchids, Ice Is Nice! 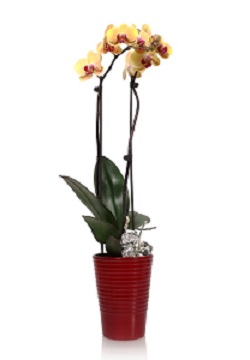 Phalaenopsis orchids are one of the most sought after types of orchids for those who are new to owning the beautiful plants. Known for their bright and subtle colors, Phalaenopsis orchids also have long-lasting blooms. With the right treatment, they are the perfect houseplant!

One of the most common reasons that Phalaenopsis orchids tend to fail is due to over watering. It is easy to tell when too much water has been given to an orchid because the leaves will begin to turn yellow, and the roots of the orchid will become soggy.

New orchid owners often ask “How often should I water my Phalaenopsis orchid?”

Things to keep in mind while watering Phalaenopsis orchids:

Just Add Ice offers free orchid watering reminders via email or text messages, as well as desktop calendar! We take the worrying out of watering when you sign up or download one of these features.s