How to Tell Whether an Orchid is Resting or Dead 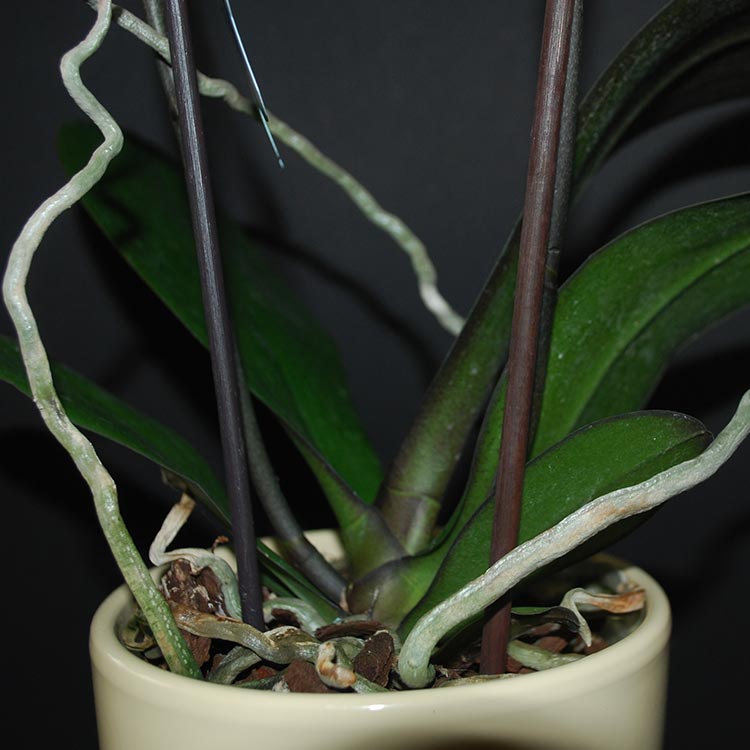 Orchids rest between blooming periods to replenish nutrients lost during blooming. During this phase, their blooms fall off and only their bare stalks remain leading many owners to believe their plants have gone to the great greenhouse in the sky. But in many cases, your orchid is not dead; it’s just resting.

Here's how to tell if an orchid is resting or dead.

1) Crown and roots: If the crown--the part of the plant that connects the leaves and the roots--is brown and mushy (this can occur from too much water), the orchid is likely dead. However, a healthy, resting orchid has roots that are green or white and plump or firm to the touch.

Tip: To avoid over watering, continue to water your resting orchid the same as you normally would, with three ice cubes once a week.

2) Yellow leaves: If only the bottom leaf is turning yellow, no need to worry. This is a natural process of the plant to discard the mature leaf in order to produce a new leaf.

Tip: Make sure you’re orchid is getting enough light. Place your plant in a south-facing window.

3) Wrinkled leaves are also a sign of low humidity. Phalaenopsis are tropical and thrive when the humidity is between 55 and 75%.