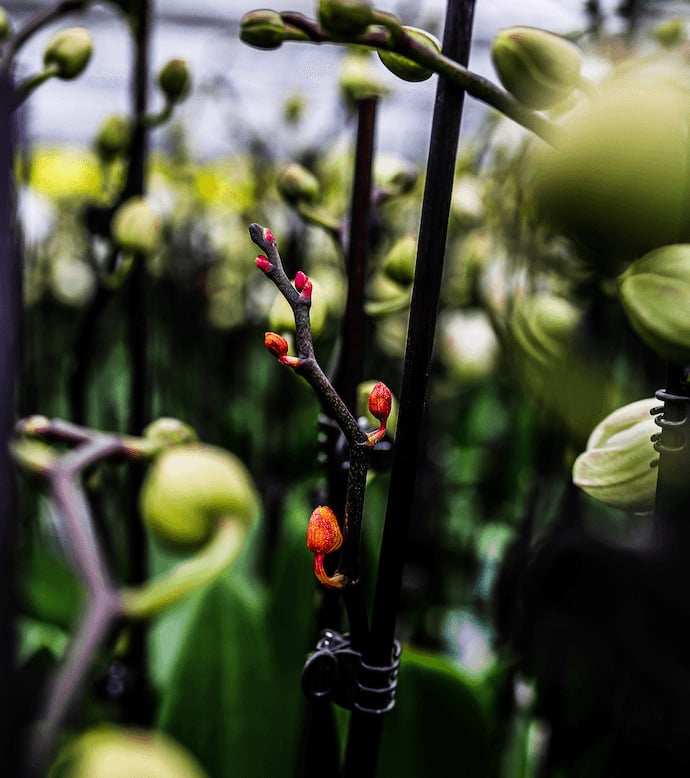 If you're a new orchid plant parent, seeing the beautiful blooms of your orchid start to wilt and drop may cause you feel like you've failed some basic lesson in orchid plant care. But the fallen blooms are often an indicator that your orchid has simply reached the end of its blooming cycle and is now storing up energy to rebloom!

Sometimes bloom loss can indicate an issue with your orchid's health, though. Here's how to tell the difference between what's normal and what's not.

Bud blast and bloom blast are almost always caused by a traumatic change in environment for your orchid. This might be brought on by sudden temperature or humidity change or by improper hydration. Check to make sure your orchid isn’t near a vent when your AC kicks on for the summer and stick to your watering regime.

Another cause of bud blast could be the proximity of your orchid to fruit that emits ethylene gas as it ripens, so avoid placing your orchid near your fruit bowl.

Bud blast and bloom blast do not have to be death sentences for your orchid. By addressing the root cause of the problem and following these orchid plant care tips, you should be enjoying new buds and blooms in no time.

For more tips on keeping your orchid healthy, see this helpful guide.

Why Are My Orchid Leaves Turning Yellow?