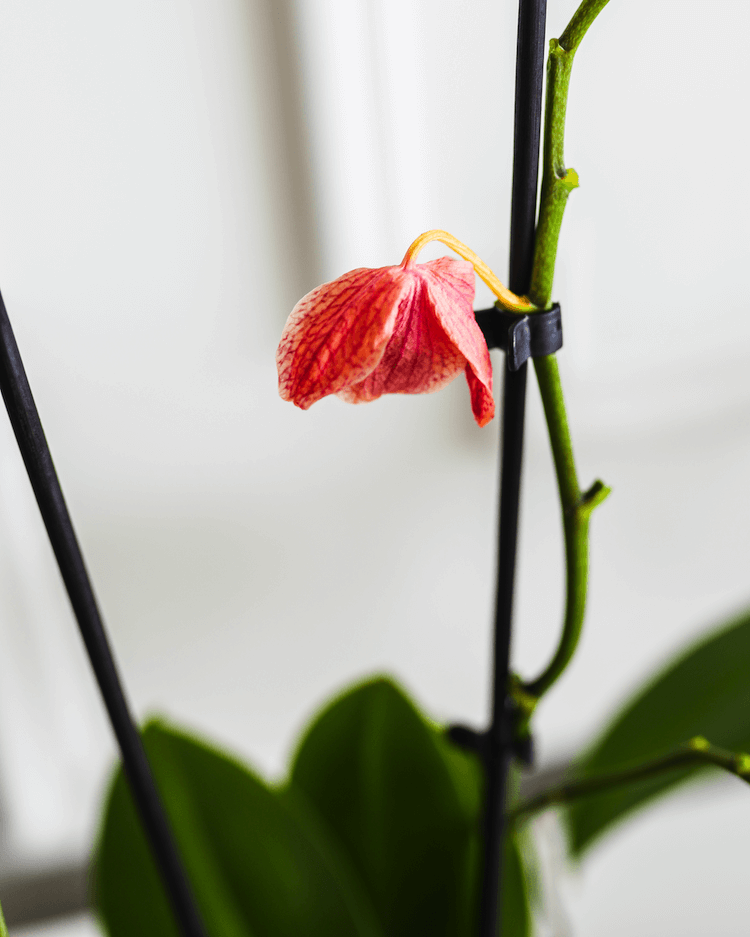 After enjoying your orchid's long-lasting bloom, the flowers are now fading and you're wondering what you did wrong. Nothing! They will bloom again, but in the meantime, you have a few options:

You can let it be, while making sure to fertilize it monthly or sometimes even as often as every other week. Use a houseplant fertilizer or balanced fertilizer (example: 20-20-20) at half the recommended rate. During this time, the plant may produce new buds at the end of the old flower spike. (If the orchid flower spike has turned yellow or brown, you should remove the entire spike.)

You can cut the bare flower spike back to a "node", a triangular shaped area on the stem, which may encourage the orchid to generate new side flower spikes.

You can remove the entire flower spike so that the orchid plant can put more energy back into the leaves and roots, helping it to grow stronger and produce a fresh new flower spike. Be sure to use sterilized pruning shears or scissors versus a knife. This will avoid damage to the plant.

You might also want to promote orchid reblooming by moving it to an area where the nighttime temperatures are slightly lower than its current environment - ideally between 55 to 65 degrees Fahrenheit, but with the same amount of in-direct sunlight exposure as before.

As the flower spike grows, support it with a stake along the way. To produce a beautiful display of orchid flowers, avoid changing the plant's light orientation when it's producing its flowers. Otherwise, the flowers may be twisted on the stem, possibly jeopardizing a nice arching floral display.