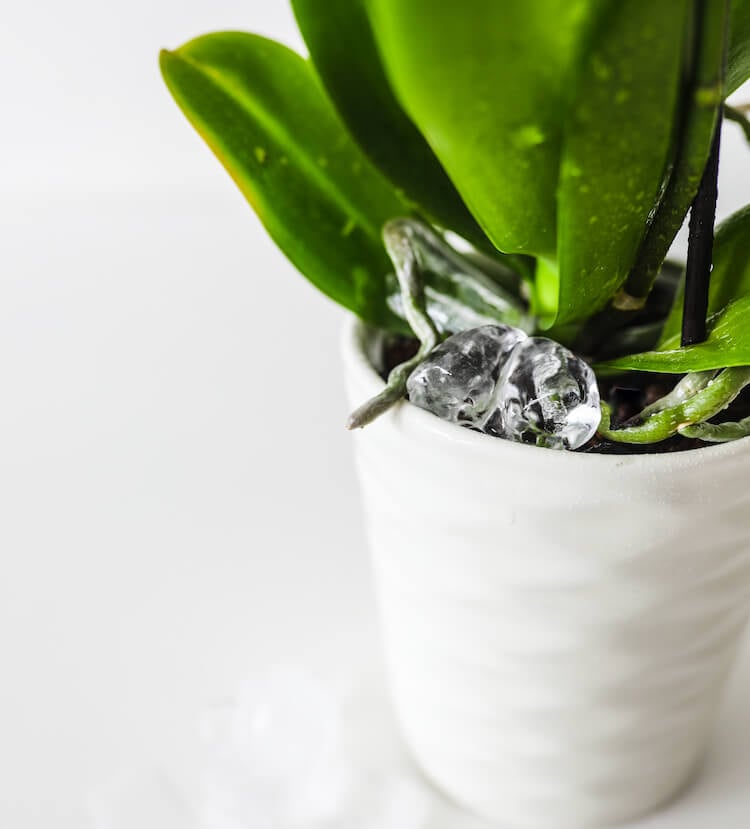 There’s been some internet debate (and snarky memes) questioning the method of using ice cubes to water orchids. Some people think ice cubes will chill the plant to death. Others say it’s counterintuitive given the orchid’s tropical habitat.

These concerns are legitimate, but we’re here to tell you that there is sound science behind using the ice cube watering method for orchids. John Finer, Professor Emeritus, hosts his own YouTube channel called The Plant Propagator and he recently interviewed orchid scientist Kaylee South, Ph.D., who studied the effects of using ice to water Just Add Ice orchids. Here’s what she found.

Through research done at The Ohio State University and the University of Georgia, Kaylee was a part of a group at OSU that studied four Just Add Ice orchid cultivars, a total of 48 Phalaenopsis orchids grown in bark-based media. Half were watered with ice cubes and half were watered with room temperature water over a period of four to six months. The team studied bloom life, leaf health and root health/damage. They also studied how cold it gets in the plant media and the internal root temperature when ice is used.

Using a thermometer, they found that the roots do get cold, but not cold enough to be detrimental to root health. Once they do get cold, temperatures return to normal after five hours. For reference, they dipped some orchids into an antifreeze bath with extreme temperatures and found that 24 degrees Fahrenheit is when the root systems start to deteriorate. (As a general note, ice should never be placed on the crown of the plant or directly on the leaves.)

Bottom line: Watering with ice will NOT freeze orchid roots.

Benefits of watering orchids with ice

One of the biggest reasons people fail at growing an orchid is either overwatering or underwatering. Watering with ice just makes sense. It’s an easy and fun way to give orchids the proper amount of water, and it allows the root system to slowly and properly absorb the water. Think of ice watering as a drip method rather than dumping a bucket of water.

To learn more about the study, check out the greenhouse trade magazine article presenting the study's findings. There are other myths about watering with ice cubes that we’ve debunked in the past, but for now, we’ll leave you with this: Watering with ice will not harm your orchid.

Watch the full interview with The Plant Propagator and Kaylee South, Ph.D., below.

Find answers to your watering questions here, or reach out to our team with any concerns.