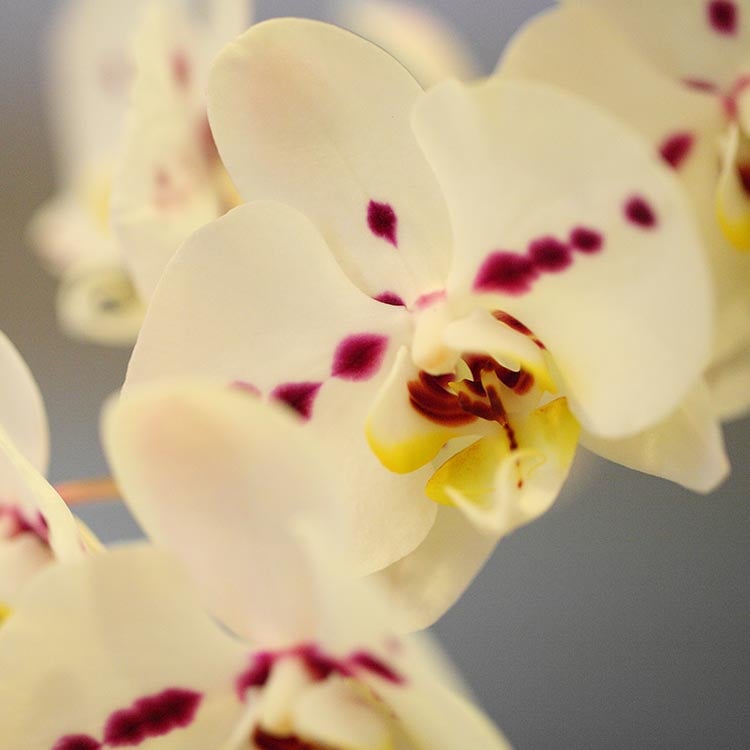 If your Phalaenopsis orchid starts sprouting leaves instead of a flower at the end of its spike, congratulations! Your orchid is about to become a new mom! Such leafy growths are called “keikis,” the Hawaiian word for “baby,” and are actually baby orchids that can be cut from the stalk and planted to create new plants. Because the generation of keikis is a form of asexual reproduction, you can expect the “baby” to look like its mom.

Keikis are not rare, but they are unusual and their formation is sporadic. Your orchid may never form a keiki or you may be blessed with several “grandchildren” during your orchid’s lifespan. In Phalaenopsis orchids, keikis generally form at a node near the end of an orchid spike; but they sometimes emerge from between or under the leaves at the base of the plant.

Caring for the Keiki

Keikis grow quickly and will soon sprout additional leaves and aerial roots. When at least 2 to 3 roots reach a length of 3 to 4 inches, the keiki can be cut from the parent stalk and planted in its own pot. Use a sterile knife to make the cut, including a 1- to 2-inch piece of stem with the plantlet. As a precaution, you may want to swab the cut ends of both the keiki and mother plant with a fungicide. Then follow our orchid repotting instructions, and plant the keiki in a pot of fresh orchid medium.

Check out some of our other posts on keikis for more information.